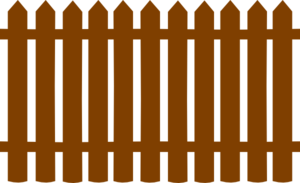 I am not sure when it set in, or how exactly it happened, but it did.

Some time after my Father passed away, I started to stay in. Lead would fill my veins, panic would set in, and the outside world became terrifying. I couldn’t move to even sit outside. I stupidly returned to school shortly after the funeral, thinking my brain would function. I was mistaken, no one’s brain functions after losing a battle with cancer.

The year was a blur, and the only thing I understood, was school was not where I was supposed to be. I came home, to a Mother who was drugged up on anti anxiety pills. We were the odd couple, we knew each other’s pain all too well. My Mother decided she needed to go away for a couple of weeks, leaving me in the house alone. I was good with that. I needed alone.

That is when it started, the one morning I woke up, showered and dressed, and then sat and watched t.v. The day passed, and I got undressed and went to bed. The next day, I did the same. I repeated day after day, numb, and not wanting anyone to see me, and terrified of sunlight. Sunlight made me happy, but I didn’t want to feel an ounce of happiness, so I closed curtains, like a vampire.

By the second week, my pattern became a little terrifying to me. So I convinced myself that today would be the day, I would leave the house. Only I couldn’t, I stood at the door, unable to move for hours. I was defeated. I had nowhere to go, and nobody was looking for me, so what did it matter.

After 14 days, of not talking to anyone, or being outside. I mentally prepared the night before, I was going to take the bus downtown, I would go buy myself some makeup. I was determined it would happen. I planned my route, laid out my clothes the night before.

The next morning I got up early, got dressed, and stood at the door. I was ready, I would go.

I did, I walked outside, walked to the bus stop, and made my way to downtown. I got to the department store and ran for the washroom, and threw up. I gathered myself together, walked to the coffee shop, and ordered a coffee, to mask my breath. I did it. I made it out.

I went to the makeup counter, and bought the most overpriced Lancome eyeshadow set. I kept that compact like a sober chip, I held onto it knowing that I had survived through something that I couldn’t ever put into words.

Grief strikes in waves, and comes in odd ways. If you know of anyone grieving, call them every week. Go to their house, check up on them. They need people, even when they say they don’t.