Many moons ago, my husband got this grand idea that we needed to do a backpacking trip to Italy. Italy strangely enough was not high on my list to do’s or see. Since he was obsessed I obliged and let him organize our journey.

Since I was heading to France for business, he decided we should just piggy back off it. I thought it was a great idea. Our journey began in Paris, we headed to Brussels to visit friends, then took a plane to Cinque Terre.

I fell madly in love with Cinque Terre, it was absolutely spectacular. The people, the food, the hikes. It was all sublime. We packed up our things and boarded a train to Rome. The first stop along the way was to see the leaning tower of Pisa. It is a right of passage if you are passing through it. We got our cameras out, primed and ready. When the train rolled into the station, we had everything timed. We would get off, run to the tower, take a quick tour, some pictures then head back to the train.

When we left Cinque Terre, the weather was perfect, sunny and lovely. The moment we arrived into Pisa, the sky opened up, massive raindrops began to come down, we stood there for a few minutes contemplating getting cheap umbrellas. Then the hail started! Massive golf ball sized hail began to come down, cars swerved, people were attempting to take cover. One fellow ran underneath us with a massive cut on his forehead.

We stood the mesmerized. We were told by the police to stay under, and not go out. There had been accidents along the street, and a few people were getting taken to the hospital from falling.

We never made it past the train station. Things cleared up, but the sidewalks and roads were a mess, so we turned around and got back on the train. Turning our backs on the leaning tower! 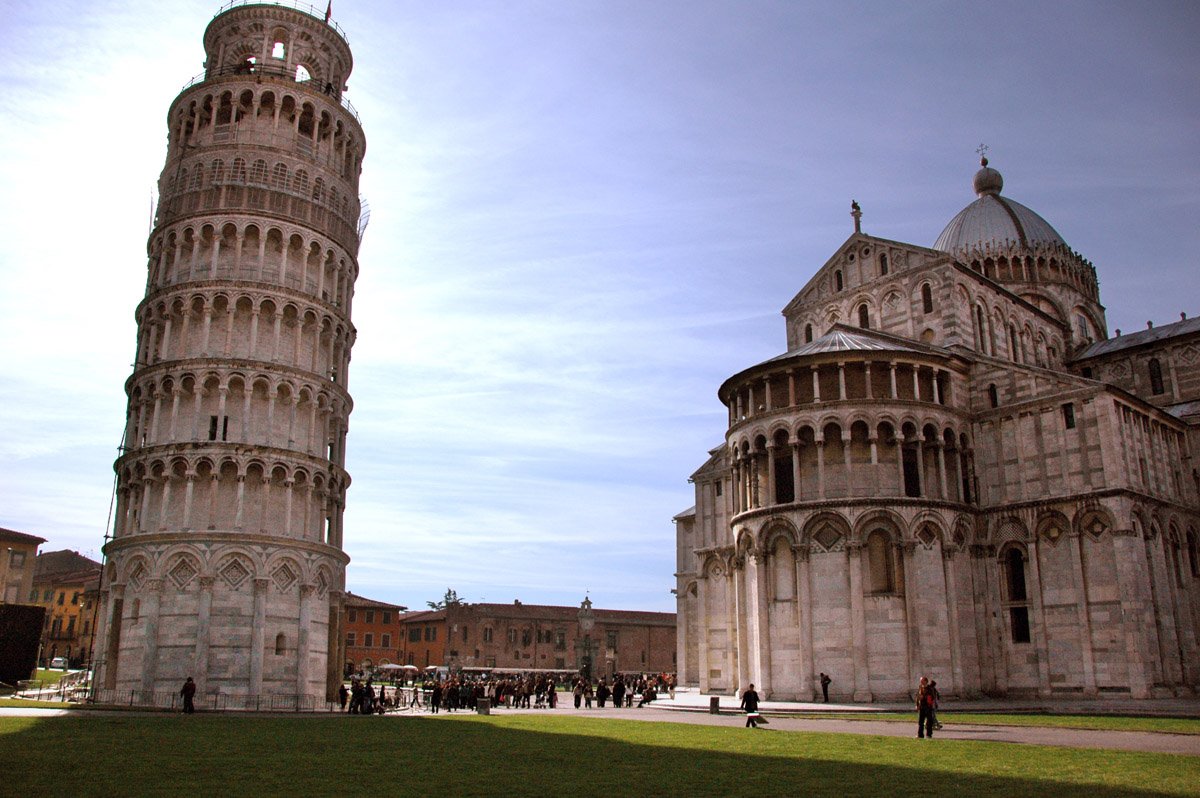 This tower has alluded me for so long. I now want to go back, just to see it.

2 thoughts on “Missed by a few raindrops”