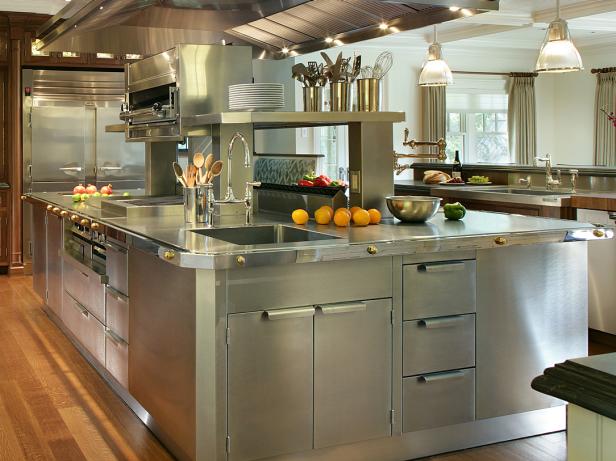 The first day we moved into the official residence in South America, we opened the door, and knew it was going to be a long road of staff from Head Quarters coming in and updating and fixing broken plumbing, a leaking roof, and updating furniture and paint that hadn’t been updated in 2 decades.

The kitchen, just like the staff that came with the house,  was in desperate need of resuscitation. Within 6 months of living there, the kitchen had been measured, and week was set out for a fancy stainless steel restaurant grade kitchen to arrive, along with 2 hilarious chain-smoking installers.

The kitchen arrived, was put together, and voila, it was beautiful. No one would have guessed that the previous kitchen had missing cupboards, a tiny stove, and regular sized refrigerator, not sure how receptions were managed out of such a dilapidated kitchen, but I guess they managed just fine, until the cook had a cupboard fall on her.

We were pretty proud of the kitchen, it was shiny, beautifully designed, and functioned. My Father was so impressed, that he spent a couple of hours reading the manual to the stove, even  though, he would never need to actually turn it on himself (my Father was a notoriously bad cook). It seemed that the cook wasn’t as impressed with the new kitchen.

One week passed, and the kitchen hadn’t been cleaned properly. My Father made a comment to my Mother, who then had to break it to the cook that the kitchen needed to be taken care of.

2 weeks passed, the kitchen had been ignored. The dishes and pots were always cleaned, but the floors, and counter tops weren’t sanitized, or even cleaned. My Mother had to sit down with the cook and have a chat, and teach her about different illnesses one can get from not cleaning properly.

3 weeks had passed. Grime on the floor was building up, even the cockroaches started to stick to the floors. My Father was not impressed, and my Mother was on the more angry side. They had already had several official dinner parties, and she was worried about giving visitors food poisoning. It seemed my Mother’s plea of cleaning properly was going nowhere.

4 weeks passed. My Father got on a pair of shorts and a t-shirt, made coffee, and stared at the incredibly dirty floor. He decided to call the office, and announce he would be a little late getting to work. He then found all of the cleaning supplies, and began to scrub the floors by hand. Half way through, the cook arrived, her mouth was wide open in shock. She just stood there watching, she had no idea what to do, or what to say.

My Father quietly finished cleaning the floors. He handed all the cleaning products to the cook, and quietly told her that there was no job that was bellow him, and therefore no job that can be below her.

She cleaned the kitchen and sanitized it like it was nobodies business!

The lesson left a massive impression on me. My Father never thought that he was ever too important for anyone or any job, and he never had any problem rolling up his sleeves to help.