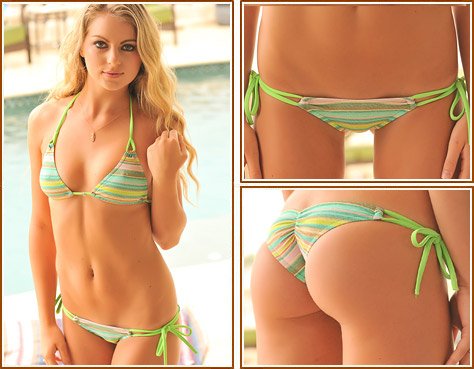 After a couple of months in a new country, you find a strange groove, you embrace the new, but you cling onto the strangest of strange in the old.

One morning I was handed an itinerary, and a travel form. I looked down, I wasn’t sure I was reading it correctly, but it was our class trip, and it was to the beach for 3 days. Oh gawd… When I showed it to my Father that night, I was hoping he would say that I wasn’t allowed to go, unfortunately, he wanted me to go.

So, I packed and got on a bus with my classmates.

Have you ever been to the beach at age 16 with South American classmates? It is like sitting in the middle of a Miss Universe contest, but you are the only one who isn’t in the contest.

When we arrived to our rooms, I was bunking with 3 other girls. We all pulled out our bags and began to get ready for the beach. I quickly got ready,  I wasn’t ever particularly shy, I had been in gymnastics for so long, that being half-naked wasn’t an issue. It was after I turned around to see the other 3 girls, they were wearing the tiniest bikinis I have ever seen. My jaw dropped and met the faces of the other 3, their jaws were also dropped.

There was a long moment of silence (which seems to happen A LOT in my life). The girls with their floss and tiny little patches of neon material in strategic places, and me, with my very sporty Speedo.

Adelina was the first to break the ice “Ay, no, no, no – this is no good!” In a very thick accent. The girls in a rapid fire succession of Spanish agreed that we would go shopping that afternoon to buy me a new bathing suit.

For the first time in my life, I felt overdressed in my bathing suit as I hit the beach. We put our towels down, and as everyone else undressed, no one even glanced, until my very white self, undressed to show my Speedo.

4 of the Brazilian guys, without breaking a smile, just stared. Then one of them grabbed my hand, and another rapid fire conversation in Spanish and Portuguese. My head hurt, and I had no idea what was going on. The next thing I knew, everything was packed up, and we were at the closest store to the beach.

The concern, was that I would bring more attention to myself having a Speedo, and looked like a tourist, rather than a local, or at least someone who had lived there for a while.

2 thoughts on “The Bikini”