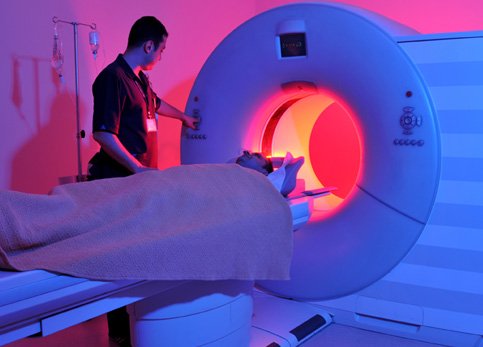 I somehow made my way to the gate on time, after sleeping in and the hotel alarm not going off. I was heading back to South America from boarding school. It was always a dreadful few flights.

As the 2nd airplane finally levelled off, the pain hit me, it was extreme, it felt like my head was being compressed by a meat cleaver. Tears rolled down my face, I couldn’t move, the pain was unbearable. I searched my bag, I always carried around advil, as I was rummaging, the flight attendant came by, she looked at me, and asked if I was o.K. I tried explaining in as few words as possible. The pain was excruciating to talk. She ran to the front and came back with sinutab. I took it, and an Advil.

Then the ice began to come by in packs. My eyes were bruising quickly, it looked like I had been punched. I was grateful for the relief the ice gave me, and for the kindness of the flight attendant.

We began to descend, and I felt the hot burning pain along my sinuses, my nose and ears. It was unbearable. I just kept thinking, my Father would be right at the entrance for me, we can go to the hospital.

They asked me to stay seated, my nose began to bleed, we had landed. I needed help getting up, my Father was standing right at the terminal gate (thank goodness for one of the best diplomatic perks, my Father was always allowed to be escorted right to the plane door). He looked at me, his eyes were a little wild. He radioed the driver, and as we walked to get my luggage, I was handed more ice from an airport employee.

We drove home, my Mother sent me to bed, and then, I gather my Father made arrangements for me to see a specialist the next day. It was a very long 24 hr wait.

The next day, we headed out for a round of appointments. As we went through the worst part of the bareos, we arrived at a tiny little office building, we entered, and we were greeted and ushered into  room. I could barely think in English, let alone figure out what anyone was saying in Spanish. My Father was at the office, my Mother was giving me instructions.

I pulled down my pants, and received the biggest and most painful needle.

The Spanish was swirling in my head, as I pulled up my pants, there was more commotion. We drove home, and my Mother instructed me that I was getting a test the next day. The pain began to subside, as the anti-inflammatory kicked in. I was tired.

I don’t know how I fell asleep, but I ended up getting some shuteye.

I was woken up by my Father, who was already dressed in his work clothes. He told me to get up, and wear something easy to get on and off. I was kind of confused, maybe it was a good thing.

When we reached our destination, we had arrived in a beautiful private facility.I had never seen a more beautiful medical facility. We were ushered into a room, I was handed a smock.

I was then ushered into a crazy room with an MRI machine, except, I was to lay flat on my stomach, with my face on a cutout. It was just about the scariest looking contraption I have ever seen. I tried not to panic as I lay on my stomach and I was being strapped down. My mind blanked out, i was getting instructions in Spanish, I began to cry, i was so confused. I began to cry out, and was in full panic mode. My Spanish went out the window, I had no idea what the instructions were. My Father’s voice came on, his voice was soothing, he was interpreting for the technician. I lay still, I laid there as I went in the tube, and it went black.

Never been so grateful for my Father’s cool collected language skills than I was at that moment!