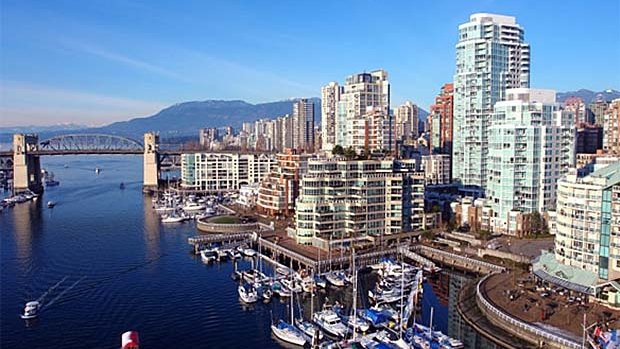 Every year it seemed, we landed in this beautiful small robust city. We would fly in from Hong Kong, and stay in the down town core, before heading into the mountains to spend the summer with my Grandparents. Without fail, the city dazzled me with its laid back, friendly feel. The architecture was nothing to write home about, but the views of the mountains and the water made you cry it was so beautiful. I always knew, that at some point, I would live in Vancouver.

When my husband and I decided to pack up, and move across the country. We were both excited, scared, and ready for the next adventure in our lives. We found the smallest shoebox, which happened to be a 2 bedroom, 2 bathroom – yet, it was so small, we couldn’t even fit anything in our bedroom, but a queen sized bed, and it had to be on the floor. The living room could only fit a miniature sized couch from Ikea, my husband looked like a giant sitting in it. Yet, it was home, and we made it work. We knew how bad the drug problem was, but I think, the majority of the time, it didn’t bother us, as we were never on Hastings, the street that humanity seemed to have forgotten.

On an early morning walk to work, I was walking to the office, when I heard some screaming behind me. I turned back to see what was going on. A woman, heading straight for me, arms flailing about, her hair was matted and sticking up everywhere, she had an old t-shirt on, stained with holes, and she was naked from the waist down. She was sprinting down the street, screaming, her eyes were wild, her body completely taken over by drugs. 4 Vancouver police were chasing her, they were telling her to stop, but there was no use, she was so strung out. The police were screaming at everyone and motioning for them to get out of the way. I jumped to the side, and put my back up to the wall, I put my hands across my belly in a reflex to protect my unborn child. I watched as 4 massive men attempted to stop a tiny strung out woman. Once they caught her, they attempted to not touch any naked part of her. They talked to her, trying to plead with her, trying to make her come to her senses. The drugs made her so strong, she was hitting, biting, kicking and punching the officers. 2 of the officers were calling her by her name, calming her. 2 police cruisers showed up, a blanket was taken out, she was wrapped in it, put in the back of the car. I watched, my mind and my eyes were fixed on the situation. I had never seen anyone strung out like that. I watched while 2 of the officers sunk onto the concrete, tired, exhausted, they were given water, they slowly took off their thick blue gloves. They looked around, everyone kept walking, it was business as usual. The one officer noticed me, got up and walked towards me. He asked if I was o.k. I said I was fine, but had so many questions.

It had been my first encounter of watching any police officer working on the downtown East Side, fighting the drug epidemic. I was amazed, I asked if they knew the woman, and how long they end up on that beat. The gentleman looked at me, and said “none of us last longer than 3 years, it is relentless, and difficult, and yes, we know everyone in the neighbourhood. That woman is stronger than 10 of us when she is strung out, she unfortunately stole from that store. No charges will be laid, she just needs help, but many have demons worse than the drugs they take.”

So it began, as I spent less time in an office, and began pushing a stroller everywhere. I began getting to know Joe, the lovely Native man who was a recovering alcoholic, who picked through our recycling bins in the back of our building for bottles and cans to recycle and make a few bucks. Our building was his territory. I began to feed him, take him coffee, and gave him a hat, mitts and extra socks in the winter. He would pet my dog, and kiss her. Although he was invisible to most, he was never invisible to me. Then there was the artist who sat outside the Tim Horton’s, he was Autistic, and could only communicate through drawings. The van from the shelter would check in on him everyday. He would scream at you if you tried giving him food, he only accepted a tray from Tim Horton’s from the manager, they were friends. He was allowed to go in and use the washroom.

The Vancouver police would circle around, in our neighbourhood of Yaletown, there were homeless, but they weren’t drug addicts, they would find a corner, and that was their home. Somehow, the neighbourhood would know them, feed them, and try to take care of them.

As my son got a little older, and I began to introduce him to parks, I noticed a shift. The Mayor had opened up emergency shelters in our neighbourhood, which made the drugs come into Yaletown, I am sure they were there before, but not in abundance. We began finding needles on the playground. I would have to call needled pickup, who would then come with the police to pick it up. They would do a more thorough sweep of the park, then leave to go pickup needles elsewhere. Then, we began to see strung out couples sleeping underneath the playstructures. Some would still have needles stuck in their arms, like a horror story. I began to call the police everyday at that point.

Joe began to tell me how scared he was, he mentioned how he was afraid of the shelters and the people in them. One day, he was gone. When I approached the police about him missing, they looked at me and said “every homeless person is missing to someone, and unfortunatley, there are so many missing, we can’t keep track of them all.” I left with a heavy heart. I just hoped, he went back to be with his family.

I knew, that the city that I had grown up to love, was no longer the city I could live in. It just became painfully aware that those who were trying to survive, would soon be swallowed up by the hell of Vancouver’s economy. Those that could live well, did so with bars on their windows, and gates that separated them from any strung out homeless person.

The longer I stayed, the more heartbroken and upsetting it was. It seemed like every week, I got stuck watching another person running at full speed away from Police Officers, who in all sincerity, were the kindest human beings I have ever witnessed. I would often see the police officer I had first encountered. I saw him in the hospital, he sat with his partner taking deep breaths after having to bring in an overdose victim who didn’t make it nto the the E.R, I saw him hugging a gentleman who looked like he was older than Moses, with no teeth, yet had the biggest smile. The beauty of the city had shifted, only, no one seemed to have noticed.

I left Vancouver, not able to feel comfortable to raise my son in that environment, but the city will always have a big part of my heart.